Over half of the world’s population spends roughly one-third of their lives at work, according to the World Health Organization. Your work environment is a huge factor in determining your overall health and happiness, and, though no job is perfect, we all deserve to feel comfortable in the workplace. Unfortunately, some people feel exactly the opposite, experiencing prejudice and downright hostility at work, simply because they are who they are.

The issue of sex and gender discrimination has become increasingly prevalent in modern life. In fact, over 40% of women in the U.S. have reported experiencing discrimination at work because of their gender. And women aren’t the only ones affected by it; men and people of all genders in the LGBTQ community are also susceptible to gender discrimination. 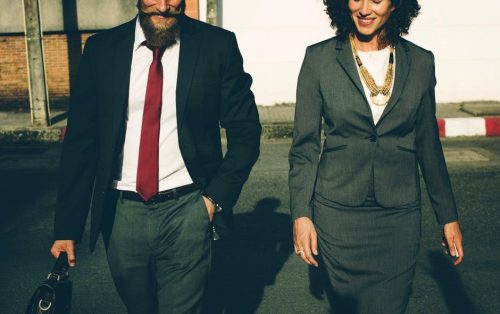 The Merriam-Webster Dictionary defines discrimination as “the quality or power of finely distinguishing; the act of making or perceiving a difference.” According to this definition, discrimination is not inherently negative, and you actually discriminate constantly when making decisions in your daily life. It’s perfectly natural to notice the differences between two options and identify which one best suits your needs.

However, discrimination takes on another meaning in the context of civil rights. Here, discrimination means to treat someone unfairly or with prejudice based on a certain characteristic. These characteristics often include age, race, sexual orientation, and gender, but can encompass a great number of traits. In the case of some of these commonly targeted groups, such as older adults, there are legal policies in place to prevent unlawful discrimination.

The Legal Definition of Unlawful Discrimination

Unlawful discrimination is the act of treating someone unfairly or with prejudice based on certain, legally protected characteristics. In the United States, it is illegal to discriminate against someone based on:

Going forward, the guide will use this definition to discuss gender discrimination in the workplace.

What Is Gender Discrimination in the Workplace?

The U.S. Equal Employment Opportunity Commission (EEOC) defines sex or gender discrimination as “treating someone (an applicant or employee) unfavorably because of that person’s sex.” Both your gender identity and sexual orientation are protected under this definition. Sexual harassment is also a form of gender discrimination that is unlawful in the workplace, according to the EEOC.

To be illegal in an employment situation, the EEOC notes that gender discrimination must negatively affect a “term or condition of employment.” This includes, but is not limited to, discrimination in hiring, firing, compensation, promotions, and layoffs.

Examples of Gender Discrimination in the Workplace

Gender discrimination in the workplace can take a variety of forms, and not all of them are easy to identify correctly. However, if you are unaware of what gender discrimination looks like, it becomes even more difficult to know whether you or a coworker is being treated unfairly. By becoming aware of the different types of workplace discrimination, you will be better equipped to handle the situation, should one ever arise.

From biased hiring to wrongful termination, here are some of the most common examples of gender discrimination in the workplace:

Hiring managers and employers may perpetrate gender discrimination from the very beginning of the hiring process by letting their own personal gender biases affect who and how they attract, interview, and hire candidates. Everything from the language used in the job listing to the way you look at an applicant coming in for an interview can all open the door for gender bias. It may even be more overt; a hiring manager may choose not to hire a woman, even if she’s well-qualified, because he believes she wouldn’t fit in a traditionally male role.

Other examples of this type of gender discrimination include:

Gender bias in hiring practices is common, and often starts before applicants even apply for an open position.

Sexual harassment is a much more direct form of gender discrimination in the workplace. It can involve a boss, coworker, subordinate, or even client making comments about your appearance, asking you to spend time together outside of work, or making any kind of sexual advance. If this person is your superior, you may feel like you can’t say no, or your livelihood will be at risk.

The EEOC defines sexual harassment as “unwelcome sexual advances, requests for sexual favors, and other verbal or physical harassment of a sexual nature.” Harassment must be severe or repeated to be illegal; single incidents or offhand comments do not count as sexual harassment.

Unequal Pay, Promotions, and Benefits Based on Sex

Any time you receive unequal compensation and benefits, or are continually passed over for a promotion or raise due to your sex or gender, it’s a form of gender discrimination. Differences in pay and promotions are not inherently illegal; for different positions and levels of experience, it’s actually fair, as the compensation is merit-based. However, when your gender is the only consideration (or is considered to be a more important factor than your contributions), these differences become discriminatory.

Other examples of this kind of gender discrimination in the workplace include:

Unequal pay, promotions, and benefits based on sex or gender are illegal under the Equal Pay Act of 1963. All forms of compensation, in fact, are protected under this law. The EEOC also notes that wage inequalities cannot be equalized by lowering any employees’ pay; rather, the pay of the employee who has been discriminated against must be raised.

Gender identity discrimination is a specific form of gender discrimination that involves unfair treatment based on your sense of your own gender or the cultural characteristics associated with it.

Here are a few more examples of gender identity discrimination:

Sex and gender are used interchangeably, and though they are similar, they don’t have the same meaning. The term “sex” refers to your biological identity as either male or female, and “gender” refers to the cultural characteristics associated with being male or female. Your gender identity, then, is your personal sense of your gender, which might or might not correspond to your sex. Discrimination due to either your sex or your gender is illegal.

Other examples of discrimination based on sexual orientation include:

Though it is not explicitly covered in Title VII, The EEOC interprets Title VII of the Civil Rights Act of 1964 to include all LGBTQ workers in its protections, both on the basis of gender identity and sexual orientation.

Wrongful termination occurs when an employee’s termination violates a term of their employment contract or a local, state, or federal law. Gender discrimination is against federal law, and if you are fired, let go, or laid off for any reason related to your sex or gender — including your sex, gender, gender identity, or sexual orientation — it is a form of wrongful termination.

Facts about Gender Discrimination in the Workplace

Gender discrimination in the workplace takes many forms and affects individuals differently, but it is a widespread and prevalent issue that affects thousands of people in the United States each year.

Women in the Workplace

How to Prevent Gender Discrimination

Gender discrimination is a huge issue, and there is a lot of work that needs to be done to prevent it from occurring. It’s deeply rooted in the cultural attitudes and institutional structures of U.S. society; there is no simple or single way to address the pervasive, almost intrinsic problem of gender discrimination.

Preventing gender discrimination in the workplace involves eliminating biases, unlearning harmful stereotypes, and dismantling paradigms that people in the professional world might not even know they have. Business leaders, as well as individual employees, can all take steps to accomplish these goals, but experts trained and educated in American law are in a particularly unique position to help make a difference. After all, legal studies aren’t only relevant to lawyers. Experts who provide support and leadership in American workplaces, HR departments, and management teams have the ability to bring their knowledge of the law to help influence corporate policies and ensure the proper systems are in place to prevent gender discrimination in the workplace.

Get Rid of Gender Bias

Getting rid of gender bias at the organizational level is the most important step you can take to preventing discrimination in the workplace. Here’s what you can do to remove gender bias from your organization and create a workplace that is welcoming and safe for all employees:

Look at your company’s hiring and promotion policies to see what the current procedure is. Who have these procedures been used to hire and promote? Are they truly based on merit or performance? Analyze these policies and look for ways you can remove gender bias from these processes, such as by reviewing resumes blindly, asking all candidates the same interview questions, or setting goals to make your workplace more diverse.

Make sure all employees, new and old, are familiar with your organization’s sexual harassment policy. Be sure it is clear, comprehensive, and accessible to everyone. As you learn new information, update the policy and communicate these changes to your employees. Emphasize that harassment will not be tolerated and provide multiple ways for people to report any harassment they may experience.

Organizational leaders must continuously learn about ways to improve workplace policies and attitudes about gender bias. Educate and train your employees about how to conduct themselves at work appropriately and how to avoid committing gender discrimination or harassment. Make sure this training is not just a way of eliminating your company’s liability, but is focused instead on teaching employees about how to be respectful towards all their coworkers.

Actively encourage and recruit women to join boards, the C-suite, and higher-level executive decisions. Women have a unique perspective on leadership that can breathe new life into your organization and provide a voice for your female employees. This lets other women know that they can be taken seriously in the workplace, set goals to work toward if they so choose, and that there’s someone who understands their needs and can advocate for them.

Create an organization that is open and transparent. Encourage respectful communication between all of your employees. Let them know who they can go to for help or to report an incident should one occur. Be clear about the consequences perpetrators will face if they harass or discriminate against their coworkers, and put systems in place to make sure higher-level employees will be held to the same standards.

Actively break down common gender stereotypes and biases. Speak up when you hear someone say something inappropriate or ignorant. Challenge yourself if you think or do something biased. Actively think about your belief in these stereotypes and question why you believe them. Encourage others to do the same.

Above all, cultivate a workplace that cares about equality. Be sure employees know that you are open to all members of the LGBTQ community and value everyone’s contributions, regardless of gender identity or sexual orientation. Make an active effort to ensure that all of your employees know that they are safe, valued, and respected when they come to work.

For more information about gender and sex discrimination in the workplace, consult the following resources: