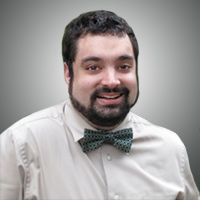 Christopher Czerwonka is a New York licensed attorney and adjunct professor of law at the Maurice A. Deane School of Law at Hofstra University, where he presently teaches Bioethics and the Law, and a senior fellow at its Gitenstein Institute for Health Law and Policy. He also lectures nationally on disability law and antidiscrimination advocacy. He also holds an appointment as a research fellow at the Center for Policy Research at the Rockefeller College of Public Affairs and Policy, SUNY Albany, where he researches and lectures on general public consciousness of constitutional rights.

In addition, Prof. Czerwonka is an active practitioner in these areas and in immigration law. In 2014, the president of the New York State Bar Association appointed him to serve on the State Bar Committee on Disability Rights. In that capacity, he is one of the chief advisers to the bar on such matters.

He has also worked with the Transgender Legal Defense & Education Fund in New York, working on legal name-change cases and on anti-discrimination litigation, mostly involving health insurance refusals to cover gender confirmation surgery for transgender clients. A recognized authority on intersections between disability and LGBT law, he has consulted pro bono for the Lambda Legal Defense & Education Fund, advising on test case litigation and leading a strategy seminar on this topic for all of Lambda’s offices.

Prof. Czerwonka is committed to civic education for all young people. In that spirit, he was appointed in 2016 to the New York State Bar Committee on Law, Youth and Citizenship and its Mock Trial Committee, where he co-wrote that year’s high school mock trial tournament problem, Robin Berkman v. County of Dover. Additionally, he lectures on the Constitution and other civic and historical topics to elementary school-aged students.

In his life away from the law, he devotes time to community organizations. He is an accomplished singer, and, after a lengthy hiatus, recently returned to the stage for his first public performance in eight years for a fundraiser concert for music scholarships awarded to elementary through high school students. In addition, he gave a performance in April 2017, also a fundraiser.