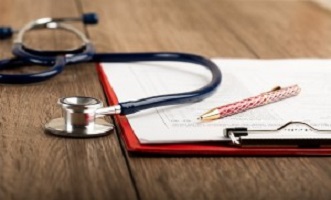 In the early 21st century, anti-vaccination forces launched an assault on mandatory vaccination laws in the United States. Their claim that vaccinations cause serious health problems, including autism, began a strong debate about the use of vaccines in children.

Federal law gives the state’s enormous control over the implementation of vaccination laws, and each state has its own set of statutes. The Centers for Disease Control and Prevention, in conjunction with other federal health agencies, makes recommendations to the states, but the federal government has little power to enforce mandatory vaccines for school children. Though the details of vaccination laws vary from state to state, there are several points of commonality.

In August 2014, all 50 states and the District of Columbia adopted mandatory vaccination programs for the most common set of childhood diseases. The vaccinations must cover diphtheria, tetanus, pertussis, polio, measles, and rubella. Other states have even longer lists of vaccines, with students in Connecticut required to take 10 vaccinations before entering public school.

A controversial aspect of the mandatory vaccination program is the ability for parents to withhold vaccines under one of the state’s exemptions. In 48 states, parents may choose not to immunize their child for religious reasons. Proving the religious exemption is often as simple as filing a form or signing an affidavit stating the child will not receive a vaccine because of a deeply held religious conviction.

Almost half of the states extend the idea of religious exemptions to cover any personal belief about vaccinations being harmful or immoral. The personal belief exemption is used by anti-vaccination forces to justify their stance.

California’s Senate Bill 277 became the first in the nation to remove essentially all exemptions from mandatory vaccinations. California’s law classifies religious beliefs as personal beliefs, and the state argued that no one person’s beliefs should be allowed to put a community at risk.

States can refuse to allow unvaccinated children to attend public schools during a disease outbreak, and some states (i.e. Hawaii) can force children to become vaccinated during a health emergency.

Other states soon followed Maryland’s lead, with most of the laws specifically targeting bacterial meningitis for students living on campus. Other states, like West Virginia, opted to make vaccinations an issue for the individual schools to handle.

College students may soon face pressure to take an HPV vaccine before living on campus. The HPV vaccine protects patients against the cancer-causing effects of HPV, and the vaccine has been designed for both male and female use.

Health care workers are in constant contact with vulnerable members of society, and exposure to a disease that might be an inconvenience for a healthy employee can be deadly for the patient. In response, states began enacting laws based on the Public Health Law Program’s recommendations for:

The vaccination laws apply differently according to the type of institution in which the employee works. Hospitals typically have the most stringent mandatory vaccination rules, followed by long-term health facilities. Outpatient clinics do not always have to comply with vaccination laws for health care workers. An exception to this rule exists for clinics that primarily treat children under a year old.

Both public health officials and parents benefit the most from understanding the state laws for mandatory vaccinations. While it is true that much of the responsibility falls upon the parent, it is important that public health officials educate parents on vaccine requirements so that each parent can make as educated of a decision as possible. Educators and school administrators would also greatly benefit from understanding their state’s vaccine laws, as if a situation within their school or district occurs, they will need to be aware of regulations and potential implications.

The debate about vaccines is largely a state issue in the eyes of the federal government. The CDC and other agencies work to promote vaccines and safe health practices, but they do not have the enforcement authority to mandate vaccines on their own.

The College of Physicians of Philadelphia