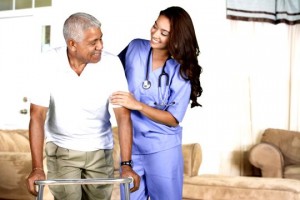 According to census data, the population share of older Americans has been increasing for decades, and will continue to do so in the near future. The increase has introduced all sorts of problems: How do we care for this aging population of increasing size? How do we provide the adequate social services to help them retain independence? But one of the most important issues that demands attention is elder abuse.

Elder abuse is defined by the World Health Organization as “a single, or repeated act, or lack of appropriate action, occurring within any relationship where there is an expectation of trust which causes harm or distress to an older person.” Elder abuse can come in many forms, including “financial abuse,” due to which, according to the National Council on Aging, elders lose at least $2.6 billion every year. Moreover, elder abuse can be physical, emotional, sexual, or neglectful.

There are many reasons why elder abuse has not received the full attention it deserves — often abuse goes unreported, or underreported. The elder in question may be afraid of being put in an institution; she may be afraid of retaliation; she may be ashamed; she may think she will not be believed; or she may think it is of no use. Additionally, the elderly represent a vulnerable population that does not get much of a voice in public policy. According to the National Council on Aging, one in ten Americans sixty or older have experienced some kind of elder abuse, and one study estimates that only one in fourteen cases are reported.

Though the issue has not always enjoyed high-profile attention, there have been many attempts to address it on a legal basis in the U.S. These laws have evolved from earlier efforts to legally protect seniors in reference to other issues, outlined below.

In 1950, President Truman helped initiate the National Conference on Aging in order to evaluate and further the progress begun with Social Security towards the elderly. The conference intended to provide a forum for those concerned with the problems posed by an aging populace, to promote research on aging in such fields as health and employment, and to stimulate the exchange of ideas and solutions. 1961’s First White House Conference on Aging lowered the retirement age and increased benefits to elderly widows.

The 1965 Older Americans Act (OAA), which saw the creation of Medicare and Medicaid for elders and the poor, and the 1967 Age Discrimination Act were also important steps forward. But it wasn’t until 1988, when the National Center on Elder Abuse (NCEA) was created through an amendment to the 1965 OAA, that robust legal protections against elder abuse were attempted.

The NCEA was founded to provide information and support to help countrywide efforts to confront and prevent elder abuse. Additionally, it gives training and support to states and community organizations and collaborates on research. Most importantly, it set a precedent and disseminated information on how best to adequately address elder abuse.

Since then there have been many more programs and initiatives, both public and private, to address the issues of elder abuse. The Elder Justice Initiative from the Department of Justice states that their mission is to “support and coordinate the Department’s enforcement and programmatic efforts to combat elder abuse, neglect, and financial fraud and scams that target our nation’s seniors.” The Elder Justice Coalition, “a national advocacy voice for elder justice in American,” was launched upon the introduction of the Elder Justice Act in 2003.

State Silver Alert programs broadcast alerts when vulnerable adults go missing. Since 2006, various state legislatures have been approving versions of these programs. They include different sets of criteria of what constitutes eligibility for an alert, including the age or diagnosis of cognitive impairment of the adult who has gone missing. They also include different procedures and protocols to verify that a person has indeed gone missing and how law enforcement should implement the alerts.

Under the Affordable Care Act, passed by President Barack Obama in 2010, the Elder Justice Coalition’s efforts succeeded in passing the Elder Justice Act. The law required that the Department of Health and Human Services take charge of preventing elder abuse by developing local and federal resources and deploying them in a variety of ways. These include the establishment of the Elder Justice Coordinating Council, the Advisory Board on Elder Abuse, and authorizing $100 million for state and local Adult Protective Services Programs.

A Matter of Justice

Today the aging population is larger than ever before, and set to grow even more. People of ages sixty-five or older represented 14.5% of the general population in 2014, but estimates put their percentage share of the population at 21.7% by 2040. This is expected to put a huge strain on our already overburdened health care system. However, it is important to remember that our elders have lived long, full lives, and have contributed greatly to society. It is a measure of the greatness of a society that it provides its elders with compassionate care and seeks justice on their behalf.

What Is the Elder Justice Act?