The strength and prevalence of today’s prescription drugs are contributing to rising numbers of drug addiction cases in the United States. Medical practitioners and health professionals of all types must be aware of the realities of prescription drug overuse.

The most commonly abused prescription medications fit into one of three categories:

Signs and symptoms of potential prescription drug abuse can vary widely, when abused: 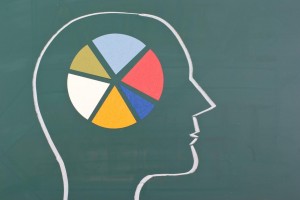 Prescription addiction and abuse is a multifaceted, complex issue from both a medical and legislative standpoint. The experience of most prescription drug abuse victims is often characterized by slow and subversive escalation. Some challenges include:

Adult patients are not the only ones to suffer from drug addictions and reliance. Pediatric treatment practices are often plagued by misdiagnoses and over-prescribing medication in cases that may not require as much, if any, of the drugs being administered. For example, children revealing borderline tendencies associated with Attention-Deficit/Hyperactivity Disorder (ADHD) are often diagnosed and medicated before conducting further testing, which in some cases could reveal alternative diagnoses or treatments. [4] Self-regulation techniques, behavioral parent training, and cognitive therapies could provide equal or superior results for children exhibiting ADHD behaviors — however, current medical billing procedures and the pressure to quickly diagnose and move patients through the system perpetuate the likelihood of misdiagnosis and over-medication. [5]

Examples of Drug Abuse in Pediatric and Adult Patients

In a publication highlighting the overuse of child prescriptions, the Citizens Commission on Human Rights cited a San Diego public school where 65 percent of the fifth-grade students are medicated for ADHD. [6] It was estimated by child neurologist Dr. Fred Baughman, Jr. that a fifth of all American school children are medicated for some type of behavioral disorder. [7] Many behavioral medications fit into one of the categories of drugs most susceptible to abuse.

Adult drug abuse cases vary more widely. Consider the story of Donna Weber, which was published by the New York Times on June 10th, 2016. [8] Weber’s experience with drug abuse began after a routine surgery introduced her to painkillers. Life circumstances intensified her desire for the drugs’ effects and soon she began to employ any means necessary to obtain them. She managed to recognize her condition and reached out to an addiction hotline before the drugs had completely altered her capacity for reasoned thought and decision-making. She received treatment and, ultimately, freedom from her drug abuse. However, not all stories of drug abuse victims end positively. Drug addictions can cause huge changes to personality, work capacity, quality of life and even reach fatality.

The statistics available that reveal the severity of our prescription drug abuse problem in the United States are sobering. The percentage increase of deaths caused by prescription drug overdoses from 1999 to 2015 was 295 percent. [10] According to the National Institute on Drug Abuse (NIDA), deaths due to prescription opioid overdoses climbed steadily from 2002 to 2011 and have remained relatively constant over the past six years. [9] According to NIDA, the total number of deaths attributed to prescription drug overdoses was 29,728 in 2015. This figure reveals an increase of 14,376 deaths over the span of 10 years (15,352 deaths were reported in 2005). [11]

Familiarity with current preventative measures and U.S. statutes regarding prescription drug addiction is vital for law professionals. Because the prevalence of prescription drug addictions and abuse is widespread and may even increase over the coming years if regulatory and preventative measures are not installed, drug abuse will present a factor in cases that range from medical bills to employment discrimination [12] to culpability in situations ranging from petty theft to murder.

Learn More
To learn to speak the language of health law and distinguish your role as a leader with specialized health care compliance expertise, look to pursue an online Master’s in Health Law and Policy from Hofstra Law.