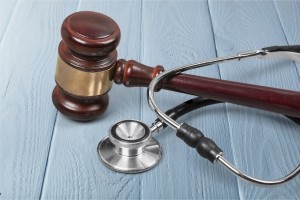 The United States is facing a healthcare crisis, and the crisis is only expected to get worse as Baby Boomers continue to age and seek long-term medical treatment. Scholars heavily debate the best course of action to tackle the crisis, but the majority agrees that society must increase efforts at prevention, in order to reduce the strain on the healthcare system.

Healthcare prevention efforts focus on two issues: education and regulation. Through education, members of the society understand how to avoid preventable illnesses, and actions they can take to keep themselves healthy. Health regulation enhances the safety of the community through limiting the population’s exposure to harmful products or chemicals. In the United States there will be several significant battles in healthcare law and policy over the next decade, including:

With public perception turning against the tobacco industry, many smokers began to turn to e-cigarettes as an alternative to smoking. E-cigs use a small heating element to vaporize flavored oils that then deliver nicotine to vapor to the user.

Since their inception, e-cigs have never been regulated by the FDA as strongly as tobacco products; however, new laws and a pushback from Congress are demanding more regulation of the market. Critics of e-cigs point to the explosion of teen e-cig use, and the targeted marketing that e-cig manufacturers are using to attract younger users. They argue these are the same tactics the tobacco industry used in the 1940s and 1950s to make cigarettes appear “hip” or “cool”, leading to a sharp rise in tobacco usage.

Today more and more locations are banning the use of e-cigs indoors, and public opinion on the devices may soon shift to mirror the same opinion the public has on cigarettes. No matter how the public views e-cigs and vaporizers, the federal government will be forced to take a position in the next few years.

Over two decades of hard fought battles led to a steady decline of cigarette usage in the United States. Teen smoking is dropping to new record lows every year, and even the number of adult smokers continues to decline.

At this point, the debate seems over. Smokers are finding it more difficult to smoke anywhere outside their own homes or vehicles. Prices are rising. Advertising is staunchly anti-smoking.

Despite these advances, US tobacco companies still sold more than 200 billion cigarettes last year. Healthcare law experts will have to develop new strategies to continue the fight against Big Tobacco to the very end. The Tobacco Lobby is still a powerful force in Washington, and their huge overseas profits allow them to purchase a great deal of influence.

The fight over healthy eating is one that addresses both the educational and regulatory aspects of healthcare law. Obesity and poor eating habits cause long-term health problems for the population, and the rate of childhood obesity has become an international crisis. Moving forward, those working on the healthcare side of public policy will have to deal with issues in the following areas:

Every First Lady adopts a project they believe is important to the future of the nation. For Nancy Reagan, the project was drugs. For Laura Bush, it was education. Now, with Michelle Obama, the project is childhood obesity.

The Let’s Move program was conceived to get children to eat healthier foods, and to motivate them to spend at least an hour a day doing something physically active. The program achieved several of its goals, such as limiting access to sugary drinks in schools, increasing youth sports involvement, and spreading the word about the dangers of obesity.

Healthcare law and policy experts will have to bear the burden of the Let’s Move legacy once Michelle Obama reenters private life. Much like the push for healthier eating, a policy of active living will face growing backlash from those who fear government intervention in their daily lives. By emphasizing the successes of the project, and pointing to the localized nature of program, Let’s Move may continue as a platform for education moving forward.

Health law and policy are hot button issues that will remain at the forefront of American political discourse for years to come. A new generation of leaders is needed to develop both the tools of education and the base of regulation needed to accomplish substantive change in this area of public policy.