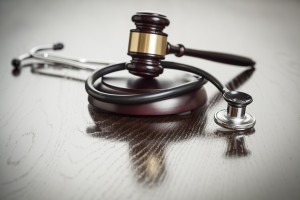 The rising cost of health care placed the industry under a microscope, and what the American people found was a system plagued by corruption and scandal. Fraudulent billing, inflated prices, misuse of funds, and other violations, drained money from the economy, while diverting resources away from essential health care services.

The voice of the American people is rising, and politicians are beginning to take note of the corruption. Efforts to amend the laws, forcing the changing health care industry to tackle its corruption issues, have met with mild success; however, the changes do not go far enough, nor do they act quickly enough to protect the people. To address corruption in health care, lawmakers must look at four areas of concern.

In late 2015, Martin Shkreli made international news as the CEO of Turing Pharmaceutical. After purchasing the rights to Daraprim, a drug that had been used for decades to treat a parasitic infection. In a surprising move, Shkreli rocketed the price of a single pill from just $13.50 per pill to over $750.

In the United States, drug patents and intellectual property protections enable drug companies to make large investments in the development of new drugs. These companies know that the government will create limited access to the drug through patent restrictions, and the company will be able to recoup its expenses during that period of protection.

The problem with Shkreli was two-fold. The drug had been on the market for more than 50 years, plenty of time for the original rights holder to cover the cost of product development. Additionally, Shkreli paid nothing to research or develop the drug. He made the claim that the high price was justifiable so that it could fuel new research into a replacement, but medical experts consistently pointed out that no new drug was needed in the market.

Shkreli’s cases is but the most high profile of cases involving consumer exploitation in health care. Government sponsored monopolies over drug companies and treatment centers enable companies in those industries to radically overcharge consumers, while leaving the people with little recourse to defend themselves. Lawmakers must consider changing intellectual property statutes or placing a cap on pharmaceutical profits to reduce the temptation to exploit vulnerable consumers.

The United States is the most heavily medicated country in the world, and Americans spend billions more on prescription drugs than citizens in other industrialized nations. The problem is not one that begins in adulthood. The National Institute of Mental Health found that up to 10 percent of all children 6-17 regularly take a prescription.

Overmedication is a serious problem that causes patients to become immune to the effects of drugs, especially pain killers. Reports show that overuse of prescription drugs is the gateway to heroin addiction, and overdoses on prescription drugs kill countless people each year.

On its own, overmedication is a problem, but a deeper investigation reveals the role corruption plays in prescribing medications. Pharmaceutical representatives pressure doctors into prescribing particular drugs by offering financial incentives to the doctor. Doctors who play along with the bribe receive speaking fees, free lunches, or trips to conferences from pharmaceutical companies. In turn, doctors over prescribe medications, and the consumer pays a hefty price.

There are two ways lawmakers can tackle corruption in this area today. First, they must ban any gifts or compensation to doctors from pharmaceutical companies, and enforce stiff penalties for violations. Second, Congress must ban direct advertising to consumers by Big Pharma. Reducing direct appeals to the consumer removes prescription drugs from the top of the consumer’s mind, and lessens the chance they will seek a drug treatment for an ailment.

Doctors must be certified by the American Board Of Internal Medicine, and recent charges of corruption revealed troubling facts about the certification process. For years, doctors have claimed the ABIM is over charging doctors and forcing them to do non-medical work to receive their certification.

Administrators received fat bonuses after the sharp increase in fess, while hundreds of doctors left the field of medicine in revolt. Doctors claim the high burdens of certification take them away from patient care, and infringe on their personal lives.

The ABIM maintains a monopoly on certification for internists, allowing it to control the professional lives of all doctors under its umbrella. Internal corruption within the medical community is shifting the focus of doctors away from patients and research, and towards piles of paperwork.

The government would have to take drastic steps to address corruption in this area. The government could consider replacing the ABIM with a federal oversight and licensing committee, or require the ABIM to meet federal standards when changing the certification requirements.

In mid-2015, over 200 medical professionals were arrested throughout the country for Medicare fraud and abuse. The crackdown came after years of investigation into corruption that included charging Medicare for services never rendered, billing patients for unnecessary equipment, and even stealing patient identification numbers from the homeless.

Medicare fraud costs the federal government hundreds of millions of dollars every year, and most cases go unnoticed. A doctor will inflate a Medicare patient’s bill by a couple hundred dollars, or tack on a fee the patient was unlikely to notice. The small amounts allow doctors to continue the corruption for decades without getting caught.

Fraud in the system limits the funds available to cover those who really do need medical care, and costs taxpayers money. Stricter enforcement of existing laws, and raising the penalties for violations are the best tools lawmakers have to combat the problem.

Unfortunately, corruption within the American health care system has ramifications for people all over the world. Exploitation through high drug prices transcends national boundaries, and a lack of price controls creates situations where people in impoverished nations cannot afford medical treatment. Never has this been more evident than when Bayer’s CEO said “We did not develop [a cancer treatment drug, Nexavar] for Indians. We developed it for western patients who can afford it”. Continued corruption through bribery and misuse of company or research funds pads the pockets of administrators, but diverts money away from lifesaving medical treatments.

The United States stands as a leader in medicine and the pharmaceutical industry. The choices the American government makes about corruption in medicine ripple throughout the rest of the world, influencing policies in developed and developing nations alike. By addressing issues of corruption, the United States can pave the way for better drug treatments, cheaper care, and a more robust health care system.

Learn more about our online HLP graduate programs.
Learn More
X
X
Get Program Details
This will only take a moment.