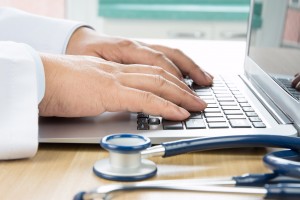 In 1996, a wave of unease began rippling through the healthcare industry. Columbia/HCA, one of the nation’s largest health care providers, was accused of Medicare fraud by the New York Times, and federal investigators descended upon the corporate offices.

Once the dust settled, agents uncovered more than a billion dollars in fraudulent Medicare claims, leading to civil penalties and criminal charges for many involved. Columbia/HCA quickly pleaded guilty to the charges, and set to work reaching a settlement. The final agreement included millions of dollars in civil fines in exchange for immunity against criminal prosecution.

The Columbia/HCA case is the most high-profile Medicare fraud investigation in U.S. history, but since discovering the fraudulent activity, the government became much more interested in potential fraud. Large busts in recent years have seen hundreds of doctors and health care administrators go to prison, with billions of dollars recovered for the Medicare program. Unfortunately, the enormous sums of money involved, combined with lax enforcement for all but the most egregious violators, create a system that is vulnerable to fraud.

Medicare fraud generally falls into one of four categories.

Itemized medical bills are long and contain dozens of items that the patient may not recognize. It is tempting to throw an extra procedure onto the bill, while charging Medicare for services not rendered. The longer the bill, the easier it is to slip in fraudulent charges. Phantom services also extend to durable medical equipment covered by Medicare Part B. Medicare is often charged for new DME, even when the patient receives used equipment. Some doctors even charge for equipment that they never deliver to the patient.

Doctors and hospitals often offer bundled services as a way to offer patient savings. Fraud occurs when the health care provider bills each item separately. Under Medicare guidelines, certain required procedures are meant to be bundled together, but by separating them, doctors may earn hundreds of additional dollars per patient.

Without testimony from a patient or whistleblower, it is virtually impossible for the government to prove which procedures were performed. Doctors take advantage of this situation to upcode the bill, or charge Medicare for more expensive services than the patient received. For example, a patient may come in for a simple checkup that costs $75, but the doctor may bill Medicare for a complete physical with a price tag of $150.

In some cases, patients participate in the fraud, backing up the doctor’s claims when investigators come for an interview. The patient receives payment or some other benefit from the doctor, and the doctor’s office charges Medicare as much as it can.

The Inspector General for Health and Human Services, in coordination with other federal agencies, conducts investigations into accusations of Medicare fraud. In most cases, the investigation begins with a call to the Centers for Medicare and Medicaid Services (CMS).

When a phone call comes into the CMS, screeners look into the validity of the claim. They map the accusation and compare it to other tips that have been made in the area to determine if a pattern exists. If the CMS decides there is enough evidence to move forward, the case proceeds to either the Inspector General or the FBI.

The Inspector General is primarily concerned with institutional Medicare fraud by doctors and hospitals. The office employs an army of investigators and auditors who pull apart billing documentation and claims line by line. They are exceptional at spotting inconsistencies in purchasing and. billing and finding unusual patterns in bills.

Individual patients accused of Medicare fraud usually speak with FBI agents. Through in-depth interviews and a comparison of statements and billing documents, the FBI can determine whether the patient was a participant in the fraud.

Both agencies invest hundreds of man hours before reaching out for interviews, and the evidence is solid by the time agents start speaking with doctors or administrators.

Once an investigation reaches the interview stage, the federal government is prepared to make an arrest. Agents execute search warrants for additional documentation, while the offending parties are taken to jail.

At this point, attorneys either recommend fighting the charges, provided there is strong legal ground to do so, or tell their clients to take a plea deal. Plea bargains often keep minor violators out of prison and allow hospitals to continue to accept Medicare payments and practice medicine. Pursuing the case to trial is a substantial risk.

To protect against Medicaid Fraud, it is essential that public health officials and/or social workers have a firm understanding of the legal aspects of Medicaid. Often times these health care workers will need to thoroughly check their clients’ payments and bills to make sure that no fraudulent activity is occurring. It is essential that healthcare professionals and social workers report any suspicious activity, for, if left unreported, these professionals could be at risk of being included as actors of these fraudulent activities as well.

Because of increased budgetary pressures, the federal government is cracking down harder than ever on Medicare fraud. Doctors, nurses, patients, and concerned citizens with information are encouraged to become whistleblowers in an effort to protect the system from abuse.