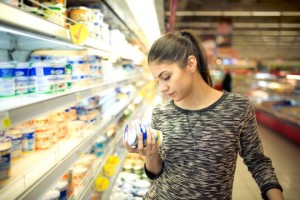 The Food and Drug Administration (FDA) was founded as a law enforcement administration in 1906, but its roots reach back to 1862 under the presidency of Abraham Lincoln.

In 1862, Lincoln appointed Charles M. Wetherill as the first chemist of the new Department of Agriculture. Wetherill set up a laboratory at the department in order to test and analyze food samples, soils, fertilizers, and all sorts of other agricultural products. His first product was aimed at establishing whether the addition of sugar to increase the alcohol content of wine during the fermentation process should be considered adulteration—he ruled that it should not be, and that it was a legitimate practice.

Early scientists working along this model became involved in food safety investigation and other issues like food preservation, drugs, and pesticides. However, it took a while before the government recognized the need for comprehensive national food and drug law. A grassroots movement from the 1870s called “The Pure Food Movement”—a movement that sounds as if it would be at home beside present-day movements around food justice and safety—generated political support for the Pure Food & Drugs Act of 1906, enforced by the Bureau of Chemistry until 1927 when it was reorganized into the Food, Drug, and Insecticide Administration, which was renamed in 1931 as the Food and Drug Administration.

The U.S. food and drugs industries over 100 years ago was virtually unregulated. Chemical preservatives, toxic colors, and phony medical products were abundant; heroin, opium, and cocaine were sold without any labeling or restriction; and phony products undercut the more honest parts of the market, exposing consumers to health risks and exploitation.

In 1902, Dr. Harvey W. Riley—originally appointed as head of the Division of Chemistry in 1883—created a volunteer “poison squad” of men who tested foods treated with measured amounts of chemical preservatives in order to demonstrate whether or not they were dangerous for consumer health. They were fed borax, benzoic acid, and formaldehyde, among many other dangerous chemicals, and the experiments went on for five years.

At the same time, muckraking journalists like Upton Sinclair were working to expose the exploitation of food industry workers, as well as the health risks of food produced with unsafe and unregulated methods. Eventually, public opinion and support for legislation culminated with the Pure Food and Drugs act of 1906, signed into law by President Theodore Roosevelt.

Under the new law, it was illegal to misbrand or adulterate foods, drugs, and drinks in interstate commerce. However, producers did not have to submit any information to the FDA (then still the Bureau of Chemistry) before marketing their product; in fact, the burden of proving that a food was mislabeled or adulterated fell on the government.

After a failed attempt at prosecuting a product that claimed to treat cancer, the government passed the Sherley Amendment in 1912, which prohibited labeling medicines with phony therapeutic claims with the intent of defrauding the purchaser. However, the government had to prove that there was intent to defraud, which wasn’t easy, and this made prosecution very difficult.

It took the deaths of 107 people by Elixir Sulfanilamide to spur Congress to pass improved legislation. The product was marketed by the S.E. Massengill Co. of Bristol, Tennessee, and it was the chemical relative of what we now know as antifreeze.

Franklin D. Roosevelt signed the Food, Drug and Cosmetic Act into law in 1938, and the law required that, now, manufacturers would be required to demonstrate a drug’s safety before it could go to market. This was done through an application to the FDA. The law also eliminated the Sherley Amendment. In 1951, Congress passed the Durham-Humphrey Amendment, which required that some drugs be labeled as for sale only with a prescription.

Greater public interest in drug legislation allowed Congress to pass major changes, making the rules for getting a drug to market much stricter. Instead of merely demonstrating safety, the Kefauver-Harris Drug Amendments required producers to provide substantial evidence showing that the drug was effective for the purpose for which it was intended.

This was revolutionary because it required rigorous proof consisting of well-controlled studies.

The Secretary of the FDA also established new requirements for the testing and investigation of new drugs, including obtaining informed consent from study subjects.

Legislation moved on to labeling in the latter part of the Sixties. The 1966 Fair Packaging & Labeling Act required that all consumer products on the market in interstate commerce be labeled accurately and informatively. The FDA enforced this law with respect to foods, cosmetics, medical devices, and drugs. Then the FDA focused on enforcing the rule with respect to over-the-counter medication and oral contraceptives.

Orphan drugs are developed to treat rare diseases. Because of their infrequency, drug companies often don’t have financial incentives to develop drugs that treat diseases such as sickle cell anemia or T-cell lymphoma. The Orphan Drug Act (ODA) was passed with wide support from people affected by diseases like these in order to encourage the research and development of drugs that treat them.

The law does this by creating financial incentives like tax credits and exclusive marketing rights granted by the FDA to the first developer of a particular orphan drug or product.

Passed by President Barack Obama in 2011, the Food Safety Modernization Act aims to prevent the spread of foodborne diseases by shifting the focus from outbreak containment to prevention. It also gives FDA new powers to investigate imported foods to ensure they are up to the same standards as domestic food.

Under the new law, food facilities must implement preventive control plans; the FDA must establish science-based, comprehensive standards for harvesting produce; and regulations protect against the intentional adulteration of food.

The Future of the FDA

The FDA’s focus has shifted more and more towards prevention. It has continuously moved towards a science-based foundation for its regulatory apparatus, and its investigative and product-approval processes have become more efficient and streamlined.

Among its goals for the future are bringing in scientific fellows to build and strengthen its workforce, improving access to new medical and food products, improving patient and consumer safety, and overall improving the quality and safety of new products and supply chains. The FDA has turned its focus to medical devices as well, investigating their claims of effectiveness and regulating them as they would a drug or food product.

The FDA has continually emphasized a commitment to science-based regulation, and has announced that it plans to also collaborate with private-sector entities in order to gather information and predict what kinds of scientific advances on the horizon that it must keep up with and regulate. One can expect that, with these objectives in mind, the FDA will continue marching in lock-step with emerging technologies into the future.

U.S. Food and Drug Administration – The Story of the Laws Behind the Labels