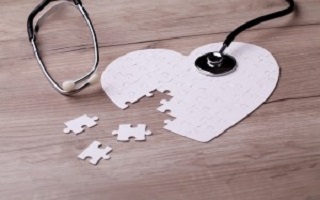 Few acts in recent memory have been as controversial as the Patient Protection and Affordable Care Act. Taking aim directly at the insurance industry, the ACA, more commonly referred to as Obamacare, sought to make health insurance more affordable for millions of Americans and expand Medicare coverage to people who cannot afford private insurance.

From the beginning the law met resistance from members of Congress. Though the bill passed in 2010, it was one of the only times in U.S. history when a major piece of legislation passed without the support of a single member of the minority party, and since Republicans took control of both houses of Congress, there have been multiple attempts to repeal the act.

Why Was the ACA Necessary?

The insurance industry in the United States was guilty of multiple abuses in the early 21st century, according to the Obama administration. High premiums and deductibles caused patients to spend thousands of dollars a year on coverage without ever receiving benefits. Lifetime and annual limits exposed people to economically devastating medical bills that they would never be able to escape. Worst of all, rising costs made insurance unaffordable altogether for many people.

What Does the ACA Do?

The ACA is a series of provisions that were rolled out over a five-year period. The provisions fall into three broad categories.

A critical component of the ACA is the introduction of cost controls.

The ACA brought insurance to millions of Americans for the first time.

Considering the broad impact of the Affordable Care Act, health care professions, health insurance companies and patients will need to be well versed on this health initiative. For example, it is important that healthcare professionals understand this act so they can act as a reliable educational resource for patients. If they provide patients with false or inaccurate information, they could be liable for legal action. Furthermore, patients also need to know that within the regulations of this act, they are able to legally appeal any payment that a health insurance company denies.

The Patient Protection and Affordable Care Act will remain controversial for the foreseeable future. Critics on the right complain the act infringes on freedom of choice, and limits the patient’s access to the doctor of his or her choice. Critics on the left argue for an expansion of the program, culminating in a Medicare for all universal health care system.