Eight Bioethical Issues to Know in 2017 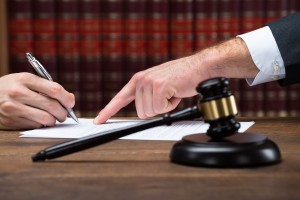 Medical science faces ethical dilemmas today that were considered at the very edge of imagination 50 years ago. Advances in medical research, paired with incredible technological leaps forward created a marriage of biology and technology that has the power to transform humanity for the better, or generate devastating consequences.

The John J. Reilly Center for Science, Technology, and Values presents a yearly list of bioethical challenges humanity is likely to face. Here are eight examples from this list and others that scientists are likely to confront this year.

Down syndrome, Cystic fibrosis, Duchene muscular dystrophy and a host of other ailments and deadly medical conditions all share one factor: genetics. The long sought after goal of eliminating genetic disease through the manipulation of DNA has been a goal of the genetics community for decades; however, the scientists lacked the tools necessary to attack the genes at the embryonic level.

CRISPR/Cas9 is a medical technique that allows scientists to target specific DNA strands, and modify the DNA as needed. Early experiments saw success in decreasing the development of Hepatitis C, but scientists soon grew bolder. In the waning months of 2015, attempts were made to attack genetic disease in embryos. Some fear this will lead to genetic engineering, a revival of eugenics, and the potential for dangerous unseen consequences.

The Information Age is driven by the ease of access to information, from financial data to sports scores. Advances in genetic technology now make it possible for doctors and researchers to access the entire genome for a newborn baby in a matter of hours. They can use the information to preemptively treat disease and identify possible genetic mutations.

The process of genome diagnosis draws intense criticism from a numerous angles, but they all come down to the issue of consent. Can a newborn consent to giving up its DNA? Who owns the DNA once it is collected? Is the patient to be paid for the collection? Who has access to the information? Can the DNA be used for non-medical purposes? These tough questions must be addressed by the scientific community, and there must be international standards established on those ethical issues before researchers can move forward with projects in this area.

Every year thousands of expectant mothers lose their children, because of problems with their uterus. The losses are devastating for the family, but soon science may be able to provide a solution with artificial wombs.

Artificial wombs mimic the conditions inside a mother’s body, providing a safe and secure place for a fetus to develop. The wombs are currently being looked to for premature babies or those who would not be carried to term if done biologically.

Scientists grapple with in the artificial womb discussion two ethical issues. First, a clear connection occurs between mother and child in the womb that cannot be replicated by an artificial womb. The bonding intensifies a mother’s protective nature, and develops the child’s attachment to its mother. Second, artificial wombs may open a Pandora’s Box of population control and manipulation that can continue without restraint.

Exoskeleton For The Elderly

In a world where modern medicine increase life expectancy well into the 70s for most people, society faces a crisis. Muscles and bones in the elderly are not always strong enough to support high levels of mobility, leaving seniors with lucid minds and broken bodies. Many of them suffer from depression, as their lack of mobility makes them feel like a burden on their friends or family.

The AXO exoskeleton for the elderly solves the mobility issue with a lightweight suit that supplements the wearer’s own physical strength. Small motors drive the limbs of the suit, which then allow the senior to walk, bend, or squat like someone much younger.

The bioethical question is whether the exoskeletons will be abused to force seniors to work many more years before retirement. Expected shortfalls in Social Security in the United States over the next two decades might be solved if the exoskeletons can extend worker productivity for five or six years. Another fear is that the option of working more years before retirement will be used as a justification to cut benefits for seniors, forcing them to stay in the workforce when they want to retire.

The size of technology decreases every day. Headphones grew smaller, and then became ear buds. Now ear buds are being slowly replaced by transducers that can transmit sound through a user’s bones.

Though there is a consumer use for bone conduction technology, the real beneficiaries are large companies who want to use it for advertising and marketing. Plans are in the pipeline to transmit ads through the windows in public buses, and even through body language information gleaned by smartphones.

Bone conduction technology could transform the entire world into one giant billboard, and make it impossible to escape constant advertisements. Consent from consumers would no longer be needed to spread a corporate message, and consumers would pay the price.

In 1970, doctors completed the transplant of a head from one monkey to another. Though the recipient only lived for 10 days, the procedure captured the imagination of scientists all over the world.

Dr. Sergio Canevero is determined to become the first doctor to perform a human to human head transplant, and he plans to complete the procedure in 2017. At the rate of advancement in medical technology, his predictions are not entirely out of the question.

There are serious bioethical concerns about head transplants, notably: how will the brain respond to being attached to a new body? Memories and identity exist in the mind, but doctors worry about the disconnect patients would experience if they attempted the procedure. Even in the best case scenario, head transplants are a dangerous ethical minefield.

The research team from Shanghai Jiao Tong University in China and McMaster University in Canada wanted to disprove the existence of any connection between criminality and facial features. But according to the paper they authored in 2016, their research proved the opposite.

Critics have spoken out against the many problems in the team’s research, including the fact that pictures of criminals were taken from identification documents whereas the photos of the non-criminals included in the study were taken from social media. Other critics make the claim that the whole experiment is pseudoscience, as it hearkens back to an area of study called physiognomy that has been widely discredited. “Physiognomy” is the assessment of character traits based on somebody’s outer appearance. The pseudoscience goes all the way back to Aristotle, and has been used to justify eugenics.

Human-created technologies and algorithms could be subject to the same biases as human beings, and gathering large amounts of data does not always paint an accurate picture without an adequate understanding of larger social context. The consequence of this study could be numerous and grave. For instance, if predictive policing can draw conclusions from the outer appearance of suspects, could people be arrested right off the street without probable cause?

Cryonics, the practice or technique of freezing the newly deceased in order to reanimate them at a later date, is back in the headlines. Various companies like TransTime and Cryonics are drawing up contracts for those willing to be frozen immediately after their deaths in the hopes of a future life; lawyers are creating new kinds of insurance policies that will cover people who will undergo the procedure.

Cryonics was initially proposed in the 1960s in a book called The Prospect of Immortality by Robert Ettinger. The book argued that death could be reversible. Ettinger went on to found the Cryonics Institute in Michigan, where he froze himself, his mother, his first and even his second wife.

Those who advocate for Cryonics say that just after death the body is still in a pristine condition, and that whatever caused the death could be reversed if and when a cure is found.

There is a slew of ethical dilemmas that would surface if the technology did indeed work. The impact of what would basically be immortality on a planet already undergoing a climate crisis because of unsustainable population growth could be very negative. Could there be an economic system that could manage and distribute Earth’s resources to even more people in a fair, sustainable way? Furthermore, cryonics theoretically work best on bodies that don’t show all the signs of death; but freezing a body before declared dead lies at best in a moral grey area and at worst could be called murder.

Bioethical concerns will continue as long as medicine and technology go hand-in-hand. Only through a discussion of the ethical questions and a commitment to understanding the consequences of cutting edge technology and health policy issues will society have the information it needs to make the correct choice.

To learn to speak the language of health law and distinguish your role as a leader with specialized health care compliance expertise, look to pursue a Hofstra Law online master’s in healthcare law and policy.