Eight Bioethical Issues to Know About 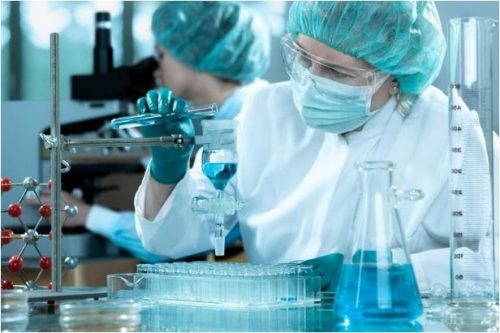 Ethics is a philosophical discipline that pertains to the ideas of good and bad, or right and wrong. Bioethics is specifically addressing ethical concerns regarding health care, medicine, research and biotechnology. With those broad questions, and some more specific ones regarding their field, bioethicists use the context of modern medicine to initiate discourse regarding complicated issues that the public has varying opinions on.

The following questions encapsulate the concept of ethics in particular situations:

As new technological developments arise, there’s a good chance that ethical questions will follow. However, no matter if it’s a relatively fresh concept or something that has been discussed for years, keeping bioethical issues in mind is valuable for remembering the humanity and morality within constantly evolving fields. We’ve outlined eight issues to know about in the field of bioethics:

With the rise of direct-to-consumer commercial kits, like 23andMe or Ancestry DNA, the concept of privacy regarding your genetic data has been a hot topic. These kits are relatively affordable compared to genetic testing done by doctors ― it is the difference between spending $100 and $200 or $1,000. However, the reason these kits are so affordable is because they only look at a fraction of the genome. Additionally, the companies are able to sell a customer’s genetic data to pharmaceutical companies for a profit. In 2015, 23andMe made such a deal with pharma company Genentech, which licenses customer data for research purposes.

Website GEDMatch, which allows anyone to upload genetic information to search for their relatives, made the news when it was used by law enforcement to solve the Golden State Killer cold case. While this is a striking positive, and sharing data on this site is up to the user, GEDMatch is publicly searchable. That means when an individual decides to share their genetic data, they inherently publicize data of their relatives since they share a genetic code.

Surrogacy continues to grow in popularity, making it a well-known bioethical topic. It involves a woman agreeing to carry a pregnancy to term after being implanted with an embryo, sometimes more crassly referred to as “womb renting.” As the woman typically shares no biological relationship with the child, she has no legal claim and her name is not on the birth certificate. Due to the nature of providing a bodily service for a fee, as well as the lack of federal regulations, there are several concerns that arise. This includes:

CRISPR (Clustered Regularly Interspaced Short Palindromic Repeats) is a technology that allows for the editing of genes. Among other technologies that enable the editing of genomes, CRISPR has taken the spotlight because when it is combined with Cas9 protein, scientists have unprecedented precision. The main argument that supports gene-editing technologies is the positive impact it could have on curing deadly, debilitating diseases. Of course, with that in mind, there’s the threat that while curing some diseases, gene editing could lead to mutations that create new conditions. There’s also the threat of editing embryos, as the changes would affect future generations, casting a ripple effect that could place entire ecosystems in jeopardy.

Stem cells are incredibly promising for scientists. They have the capacity to become some or even all of the 206 different cell types that are found in the human body, which could lead to treatment for a wide variety of conditions. However, stem cells come in a wide variety of types ― including in embryos ― which is where many of the bioethical concerns arise. Some people oppose the destruction of human embryos for the purpose of deriving stem cells, largely based on the belief that an embryo is a human life.

Euthanasia is used to terminate a very sick person’s life, often to end the suffering from an incurable disease. It can be done at the request of a patient, or if they’re incapacitated, the decision may be made by family members or medical professionals. In this very complex issue, there are two variations (both dictated at a patient’s or their family’s request): Active euthanasia occurs when a medical professional does something that enables the patient to die. Passive euthanasia involves medical professionals not doing what is required to keep a patient alive, or ceasing treatment that keeps them alive.

Non-Invasive Prenatal Diagnosis tests are taking the medical world by storm, as it’s predicted they’ll be involved in 3 million out of 5 million pregnancies in the near future. The procedure involves taking a blood sample from a pregnant woman in her first trimester and analyzing it for thousands of genetic traits possessed by the fetus. These tests not only reveal genetic diseases, like cystic fibrosis or Huntington’s disease, but also traits and characteristics within genes. The ethical dilemma lies in what this could lead to, such as a rise in abortions, a hunt for a “perfect child” without any undesired traits and the lack of certainty provided by NIPDS.

7. The Costs of Pharmaceutical Products

Price increases for much-needed drugs are becoming increasingly common. This practice can ultimately threaten public health. While drug companies may be looking to reward their shareholders or advance research and development, it poses a moral dilemma that puts people at risk in the long run. Considering that companies like Nostrum Pharmaceuticals are quadrupling prices for necessary medications, it isn’t surprising that it has become a trending bioethical issue.

As companies even raise prices for generic medication, there’s a growing concern about the ramifications of these practices in regards to the health of citizens and our right to medicine.

This concern arises in many discussions about medical advances. Therapy involves the use of biotechnical power to treat individuals with known diseases, disabilities or impairments, to restore their health to a relatively normal baseline. Enhancement entails using biotechnical advancements to directly intervene in the “normal” workings of the human body with the intent to improve their natural capabilities. Upon development, most technologies are created for therapeutic purposes ― but there is a possibility that they’ll be utilized for enhancement, which raises some big ethical questions, like the ends of medicine.

A thorough understanding of laws in health and policy can position someone to make a great impact on their communities. Bioethical issues will constantly be evolving with technological advancements, but being properly positioned to address these concerns can make all the difference. Learn more about Hofstra’s online Master of Laws in Health Law and Policy here.