Careers you can pursue after earning an LL.M. in American Law

The Master of Laws (LL.M.) in American Law program at Hofstra Law helps professionals learn the language of U.S. law and support a better understanding of the legal environment in America. Now that the North American legal services market is the largest sector of this kind in the world ― commanding 49% of the global market according to Research and Markets ― specializing one’s skills with a Master of Law degree is a smart educational investment. 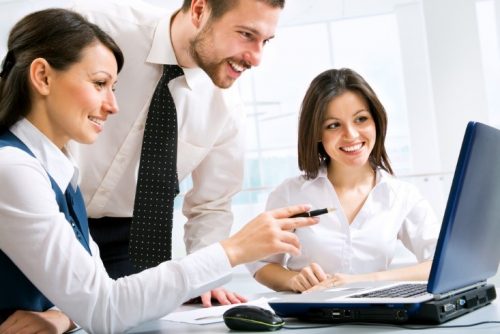 Once professionals earn their degree, there are several interesting and rewarding LL.M. career opportunities available. This includes roles like paralegals and legal assistants, arbiters and mediators, court reporters, hearing officers and more. Besides enabling LL.M. graduates to work in areas that provide beneficial salary and compensation, these roles also allow students to make the most of the skills and capabilities they learned during their Hofstra Law program.

As this role centers around assisting lawyers, most opportunities for paralegals and legal assistants are emerging within law and attorney offices. However, as the U.S. Bureau of Labor Statistics noted, there are also opportunities at large corporations, or in federal or state government agencies.

Some of the responsibilities associated with these roles encompass tasks like:

Depending upon the environment in which professionals work, those with an LL.M. in American Law can expect to earn $46,970 annually for state government roles, or as much as $67,340 in federal government organizations.

Currently, there are ample opportunities for those seeking roles as paralegals or legal assistants. The BLS forecasts 15% job growth from 2016 to 2026, much faster than that predicted for other occupations.

In addition to the paralegal and legal assistant role, graduates have also leveraged their LL.M. in American Law degrees to become lawyers. This role will experience 8% growth from 2016 to 2026, according to the BLS, and can earn individuals as much as $145,160 annually for federal government positions.

These positions are ideal for LL.M. in American Law degree holders who have an interest in negotiations and conflict resolutions, as much of this role focuses on supporting communications and arriving at a solution for disputing parties. The overarching goal for arbitrators, mediators and conciliators is to reach a resolution without needing to bring parties to court, making knowledge of American law essential for these roles.

Often, arbitrators, mediators and conciliators will operate as a part of a state or government organization. Others prefer self-employment and may partner with a legal service or other business when arbitration or mediation is needed.

Degree holders seeking these types of positions can expect to earn $63,970 annually when working for local government organizations, or as much as $70,340 per year when working in the legal service industry.

This is another role in which the job outlook is particularly positive ― the BLS forecasts 10% growth from 2016 to 2026, faster than the average growth seen in other industries.

Students and graduates with an interest in the trial and legal proceeding process should consider a career as a court reporter. In addition to creating transcripts of court proceedings, some reporters also support captioning of trials and other legal processes for television, as well as translation for individuals with hearing difficulties.

Some of the other responsibilities associated with the court reporter role include:

Most often, court reporters work in courtroom or legislator settings, and may also be hired on a freelance basis with legal firms or corporations. This role sometimes necessitates travel to office or courthouse locations for reporters to provide services.

In a business support service setting, court reporters can earn $46,020 annually, or $66,430 per year when working for a state government agency.

Overall, the BLS predicts modest 3% growth in the job outlook for this position from 2016 to 2026.

In these roles, professionals work to oversee and conduct key activities in the legal process, including pretrial hearings, negotiation facilitation and issuance of legal decisions. Judges and hearing officers are also responsible for:

Often, judges and hearing officers operate in local, state or federal-level courtrooms. Those who pursue this career path can expect to make $77,470 annually in local government, or $129,920 for federal government positions. The BLS predicts a 5% job growth outlook for these roles, about average across all occupations.

Individuals interested in these career options for LL.M. graduates can prepare for these types of roles through the Hofstra Law Online Master of Laws in American Law program. To find out more about the advantages of our online degree program and other Master of Law job possibilities, connect with one of our expert enrollment advisors today.

What does it take to get an online master’s degree in law?