An Overview of Workers’ Compensation 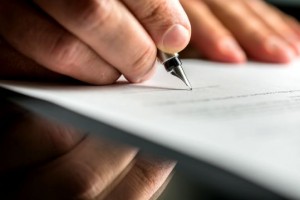 After the industrial revolution, when labor became more capital-intensive and production skyrocketed, workplace injuries became a serious political concern. As a result, labor organized and fought dearly for the laws that would give them adequate injury compensation.

The U.S. was comparatively late to the game. Whereas the European Continent labor movements won some workplace protections in the late 19th century, in America it wasn’t until the early 20th century that labor began to win adequate injury compensation. As a result of organized labor struggles, muckraking literature, and the growing willingness of the populace to recognize workers’ rights, Congress passed the Employer’s Liabilities Acts of 1906 and 1908, alleviating the doctrine of “contributory negligence,” which held that employers were not responsible if the worker was in any way at fault for the injury. By 1949 all states required that employers have some kind of worker’s compensation insurance.

With the Americans with Disabilities Act (ADA) in 1990, passed under the first Bush administration, worker’s compensation took a dramatic shift. The law required that any federally-funded contractor, program, or institution provide “reasonable accommodation” for the disabled. Although vaguely worded with regard to what constitutes “reasonable” as well as the definition of “disabled,” the law nevertheless marks a step forward in worker’s compensation.

For employees: The idea of worker’s compensation is to protect employees against exploitation in the workplace. If, because of dangerous work and inadequate safety standards, an employee suffers a workplace injury that impairs their ability to work for a certain time period, Worker’s Compensation insurance should theoretically replace the resulting loss of income. However, it’s not always that simple.

One of the possible drawbacks of accepting worker’s compensation insurance is that the employee thereby gives up their right to sue their employer for any reason connected to the injury, including workplace safety standards. Accepting the insurance tends to be a good idea for employees, but every situation and injury is different and the employee must make sure that their situation is treated fairly.

An employee can also reach a settlement with the employer resulting in a lump sum payment. The drawback of this option is that employees cannot then receive regular payments, nor can they receive compensation for possible future medical treatments.

In contested cases, the burden of proof is on the injured party to prove that the injury is severe enough to result in a temporary or indefinite inability to work. If courts rule in the employee’s favor, their compensation is not equal to their previous wages: depending on severity of injury and recovery period, the employee can receive between 66.66% and 80% of their regular wages.

For employers: Providing worker’s compensation insurance to employees protects employers from lawsuits, which can consume excessive time, money, and resources.

Additionally, providing adequate protection for employees can build trust and loyalty between workers and bosses. This enables better cooperation and efficiency within a company. As long as employees are treated fairly, worker’s compensation is a win-win.

However, there can be drawbacks to worker’s compensation insurance for employers. Premiums may be expensive, and filing requirements can increase the administrative burdens on a company. Furthermore, processing spurious claims can take up precious time and resources.

Worker’s comp claims can be denied for many reasons: lack of paperwork, lack of coverage for the injury in question, etc. In contested cases, the claimant should hire an experienced worker’s compensation lawyer for assistance in navigating the legal process of appealing the denial.

The court procedures in contested cases vary from state to state, depending on the individual local laws. The employees can discuss the denial with the insurance company. If this doesn’t work, the employee can file a Petition for Benefits to a board of judges for compensation claims, or file an appeal to an appeal board to see if any laws were applied incorrectly. Workers should review individual state laws and consult with a worker’s compensation lawyer to review their options.

If none of these procedures works, the employee can sue their employer.

Other Types of Compensation

The FECA is administered through the twelve district offices and national office of the Division of Federal Employees’ Compensation. The law compensates workers for employment-related injuries or occupational diseases. It covers three million federal or postal workers worldwide. President Woodrow Wilson signed the act into law in 1916, and it is considered a precursor to later disability insurance laws.

This law’s intent is to alleviate the impact of maritime injury and death for employees and their families. It covers most dock and maritime workers not covered by the Merchant Marine act.

All of these laws are administered by the Office of Worker’s Compensation under the U.S. Department of Labor.

The Question of Responsibility

All of these laws have been created and implemented by our democracy under the assumption that employers and society often bear responsibility for the injuries that their employees face. More broadly, these benefits ensure the continued production of a necessary labor force that keeps the economy running.