An Introduction to the Federal Court System 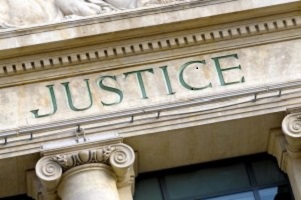 The U.S. judicial system relies on two separate sets of courts to operate efficiently. In the United States, the vast majority of cases move through the state court system, and rarely interact with the federal bench.

Federal courts have severe restrictions on the types of cases they may hear. These courts arbitrate disputes between states, handle violations of federal criminal statutes, and oversee bankruptcy, but the cases most often heard in federal court involve the constitutionality of a law.

Even though the jurisdiction of federal courts is limited, the federal court system has enormous power to influence the day-to-day lives of Americans.

Creation of the Federal Courts

Article III, Section 1 of the Constitution established the judicial branch of the government, dictating the creation of a supreme court and lower courts. To provide checks and balances between the courts and Congress, Section 1 also says that Congress has the sole authority to set the size and number of federal courts.

Separate from the district courts are the nation’s 13 appellate courts. The U.S. courts of appeals use a three-judge panel to determine the constitutionality of laws and whether a person’s rights have been violated by a lower court’s decision.

The federal court system also includes highly specialized courts for very specific purposes. The U.S. Tax Court only hears cases involving tax law, while the U.S. Court of Federal Claims only hears cases where the federal government is the civil defendant in a lawsuit.

The founders of the United States feared the power of the federal government and designed a series of checks and balances that prohibits one branch from becoming more powerful than the other two. Federal courts submit to the constitutional checks and balances in a number of ways.

All federal judges must be appointed by the president, and then approved by the Senate. This process is considered one of the most sacred duties of the Senate, because of the power the federal judges wield. Unlike many state appointments, federal judges hold their positions for life, and can only be removed by their own choice or through a congressional impeachment hearing and trial in the Senate. Alexander Hamilton, in Federalist Paper 78-79 argued lifetime appointments were essential to ensure judges were above the changing political currents of the era and focused on the long-term good of the United States instead.

Appointments tend to occur based on the performance of a judge at the court immediately underneath the position for which they are considered. The president and Senate carefully examine the judge’s past rulings and explore the way the judge interpreted previous court decisions when deciding whether to confirm a candidate.

The most important power of the federal court system is also its most controversial: the right of judicial review. Judicial review allows the courts to overturn legislation at the state and local level, if those laws were unconstitutional.

The Constitution never mentions judicial review, and critics claim that this power gives the Supreme Court too much authority over the other branches of government. Supporters point to the intention of the founders, specifically Hamilton and James Madison, who clearly supported the notion of judicial review in the Federalist Papers and other writings.

Cases filed in federal court proceed through a standard path. First, the court determines if it has jurisdiction to hear the case. Clear examples, such as those involving questions of federal law, move quickly through to the next stage in the process. More complicated issues, like those involving the diversity of citizenship, may require a hearing to prove the plaintiff has the right to sue in federal court.

Once the court establishes jurisdiction, the case moves to trial. In a federal court trial, the judge maintains control over the proceedings and moves the trial along at a rapid pace. After the jury returns with a verdict, the lawyers can decide to close the case, or appeal to the U.S. Court of Appeals.

At the Court of Appeals, a three-member panel of judges weighs the written evidence of a case, and then allows both sides to make oral arguments. There is no jury at the appellate level, and decisions by the appellate court can resonate through the entire legal system.

Following the decision of the appellate court, the parties may once again close the case or take their argument to the Supreme Court. If the Supreme Court decides to hear the case, lawyers have several months to prepare written briefs and to ask third parties to write legal briefs on behalf of the parties involved in the case. On the assigned date, an experienced lawyer from each side fields oral questions from the justices about information in the brief. The Supreme Court’s decision is final and comes within a few weeks of oral arguments.

The Importance of Federal Court Knowledge

In order to be effective contributors to our society, it is vital for American citizens to understand the legal aspects of the federal court system. Relating to the health care system and policies in affect today, both healthcare professionals and active citizens benefit from a thorough understanding of the court systems in place in this country. For example, the federal court is often required to make decisions on major health issues that impact American’s daily life.

Administrative Office of the U.S. Courts – Court Role and Structure
The Federalist Papers

United States Court of Appeals for the Federal Circuit

Learn more about our online HLP graduate programs.
Learn More
X
X
Get Program Details
This will only take a moment.