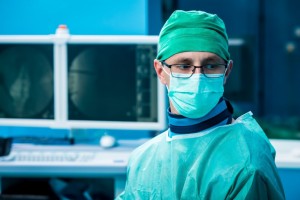 Ten percent of deaths in the U.S. are caused by medical errors or mistakes. [1] Care providers can prevent many of these deaths with better coordination and improved organizational performance. To date, improving safety has proved difficult for health care organizations due to an industry-wide lack of direction in research concerning medical errors.

Medical Errors That Cause Mortalities in the United States

From 2006 to 2016, there were 143,713 payments made for medical malpractice, resulting in 433,151 adverse actions and requiring 60,788 practitioners to seek reinstatement per the National Practitioner Databank [2]

• The top four states where these incidents occurred were California, Texas, Florida and New York, respectively. These four states featured a combined consumer population of over 107,470,341.

• In these states, there were 129,749 practicing physicians of which 53,301 were required to make payments due to malpractice. The courts heard 121,513 adverse action reports and required 17,085 of those medical professionals to seek reinstatement.

A 1999 Institute of Medicine (IOM) report, and another from 2016, speak to the effects of medical errors in hospitals:

• The 1999 IOM estimates that between 44,000 and 98,000 patients die in hospitals annually. Other researchers believe that this figure is woefully low. [5]

• Studies based on more recent data published by the Health Affairs journal in 2011 report that over one percent of patients die in United States hospitals. Data sources originated from the U.S. Department of Health and Human Services and the Agency for Healthcare Research and Quality. Out of the 35 million consumers who seek treatment annually, this totaled to over 400,000 mortalities every year. [1]

The Meaning of Malpractice

Medical experts define medical errors as “lapses in judgment, skill or coordination of care; mistaken diagnoses; system failures that lead to deaths or the failure to rescue dying patients; and preventable complications of care.” Negligence typically means a failure to conform to perform reasonably given current standards of conduct. [1] For patients to recover malpractice damages due to negligence, the case must meet four criteria:

In this context, breach of duty equates to standard of care. Prior to pivotal cases in the 1900s, standards of care meant little more than current customs.

A malpractice suit against ophthalmologists establishes that reasonable prudence required the practitioners to perform a diagnostic even though this was not standard procedure. The case reminds health leaders to think about what’s right for patients when developing clinical policies.

In Helling v. Carey, the patient sued her ophthalmologist, Carey, because she lost her sight due to glaucoma. [3] The court decided in favor of Carey during the initial case and first appeal. However, the Supreme Court of Washington State overturned those decisions, deciding in favor of Helling.

During the initial hearing, medical experts testified that glaucoma was uncommon in patients under the age of 40. Despite this, the Supreme justices decided that Carey should have offered the inexpensive, safe test to Heller. The decision caused great concern among practitioners. It meant that patients could sue physicians and win, even if providers conform to traditional customs.

In the case of McCourt v. Abernathy, physicians discovered that McCourt contracted an infection in a cut on her finger, after she came in for treatment three times over three days. McCourt’s condition continued to worsen until she became septic, which specialists discovered too late, resulting in McCourt’s death. The presiding judge issued distinct instructions to the jurors; in short, the judge stated that medical experts with differing opinions from the defending providers and patients that disagree with physician procedures couldn’t set the precedent for violating the standard of care. Additionally, the judge noted that medicine is an inexact science, and that a negative patient outcome does not automatically constitute malpractice.

Regarding an operating theater mortality event, this case defined the modern meaning of standard of care. This case helps health leaders understand the original philosophy behind standards of care.

A 2001 case, Johnston v. Saint Francis Medical Center, involved a 79-year-old man who suffered from abdominal problems. Physicians conducted several examinations until he contracted additional complications. After Johnston arrived at the intensive care unit, doctors determined that he suffered from an abdominal aortic aneurysm, which caused a mortality event despite the doctors’ attempts to remedy the condition with surgery.

The plaintiffs argued that physicians should have found the aneurysm sooner, while medical experts suggested that the condition was difficult to diagnose. The court ruled in favor of the physicians, citing that while the diagnosis was readily apparent after performing advanced tests, the court cannot use hindsight to evaluate standard of care.

The Centers for Disease Control and Prevention acknowledges that many medical errors go unreported in the United States and that means exist to remedy this situation. [1] For now, efforts to research the fatal phenomenon are underfunded and fail to attract sufficient stakeholder interest and support. For these reasons, it is up to the health care leaders of tomorrow to pursue research efforts regarding medical errors and malpractice. With effective procedures in place, future health care leaders can ensure that easily preventable deaths can one day become a thing of the past.

Learn More
To learn to speak the language of health law and distinguish your role as a leader with specialized health care compliance expertise, look to pursue a Master in Health Law and Policy from Hofstra Law.