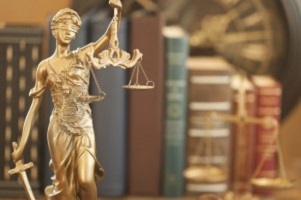 Patients have enjoyed informed consent as an assumed right for less than a century. Medical professionals, in sharp contrast to some lingering views, now follow this concept diligently. Over time, an intermingling of law and ethical reform — focused on informed patient consent and many other issues — have combined to create the current health care legal environment of change, ambiguity, progress and opportunity.

The Mary Schloendorff case sets a precedent for bioethical autonomy. It began with a fibroid tumor examination. Schloendorff explicitly requested not to undergo surgery. Despite this, a surgeon removed the tumor against her wishes. She later suffered complications that led to gangrene and partial amputation.

The case was the first negligence case based on trespass and unlawful intervention. The outcome dictated that capable adults have a right to decide what happens to their bodies. Because of the ruling, surgeons who perform procedures without patient consent are guilty of assault, except when unconscious patients require immediate medical services to preserve their lives.

The term ‘informed consent’ first emerged during the Martin Salgo case. Physicians advised the arteriosclerosis sufferer to submit to an evaluative procedure. With Salgo under sedation, physicians injected his aorta with a chemical that enhances X-ray images, after which they recorded abdominal aorta blockages.

The following day, Salgo could not move his lower extremities. Legislation resulting from the case mandates that physicians must exercise good judgement in fully disclosing procedural risk. Consequently, physicians violate their ethical duty by withholding any information that a patient requires to make an informed decision regarding medical procedures.

Griswold was a director of a Planned Parenthood center whom authorities arrested, along with the director of another center. At the time, state law decreed that contraception and assisting others in using contraception was illegal. The case resulted in a ruling that delineated marriage as a relationship that the Constitution deems private and protected from state intervention, thus setting a precedent for future privacy related issues.

The judicial system has visited numerous cases involving animal rights. Sympathizers equate animal rights to their only available reference, which is how they would feel if they received the same treatment. The Sierra Club ruling started the ongoing conversation about how humans treat animals whether they reside in private residences, slaughterhouses, laboratories or the wild.

The case established that a party must have a personal stake in the outcome of a suit to pursue legal action, but in this instance, animals were the stakeholders. While the animal rights debate continues, the attention has accomplished one positive outcome: animals have the right to respectful, humane treatment.

Tarasoff v. Regents of the University of California (1976)

The Tatiana Tarasoff case laid the foundation for doctor-patient confidentiality and doctors’ duty to inform the authorities when a client intends to harm others. The case involved a therapy patient’s admission that he intended to murder Tarasoff.

The attending physician requested that university police detain the client, but they released him after determining that he was mentally sound. Today, if a therapist believes that a client will commit harm, the practitioner must make a reasonable interceptive effort, while continuing to maintain reasonable patient privacy.

York v. Jones revolves around Steven and Risa York’s request to transfer their stored embryos to another cryogenic facility. The lab, however, refused to grant the request. Using the written agreement the lab provided, the York’s counsel proved that the couple retained property rights to their embryos. The case was the first litigation over a cryopreserved embryo and set the precedent that embryo creators retain decision-making rights.

In this case, divorcees Lewis and Mary Sue Davis were in disagreement over what to do with the couple’s preserved embryos. After consulting with the American Fertility Society, the court determined that although embryos do not represent individuals or personal property, they should receive special treatment because of their potential to create human life.

As a result, the court created a system to classify priorities when hearing similar cases. First, the court considers the wishes of the natural parents. Next, if the natural parents have opposing desires or are unsure of how they would like to proceed, the court defers to any previously established agreements. Finally, if a pre-established agreement does not exist, the court will make a judgement based on the parents’ interests, with priority given to the parent seeking to avoid natural childbirth in either of the two previous circumstances. That is, if the other parent can produce offspring naturally and within reason or wants to donate existing genetic material to another party. This case, along with several others, changed how society and medical professionals view unborn children.

The bioethics field has grown in tandem with a surge in law school candidates that started in the 1970s. Despite an increase in legal instruments such as advanced directives, bioethical rights still present many challenges for patients and physicians. As the litigation surrounding these issues grows more complex, the health care field demands more individuals skilled at navigating the courtroom.

U.S. National Library of Medicine – THE ROLE OF LAW IN THE DEVELOPMENT OF AMERICAN BIOETHICS