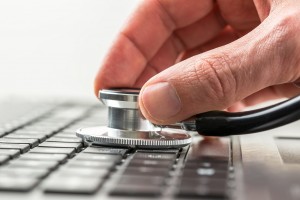 The progress of science in the 20th and 21st centuries exploded, creating technologies that reshaped society and extended lives. The pace of change was so great that it took society years to start asking questions about the ethics or morality of new developments. Now, humanity is at a major crossroads, where further investment in biotechnologies could change the way humans live and reproduce. However, the advancements may come at too steep a price.

In 2016, biotechnology engineers and researchers must address five core concerns that are the foundations of bioethics.

The Human Genome Project generated billions of dollars in funding in the 20th century, with the goal of creating a single depository of DNA base pairs and possible human genomes. On April 14, 2003, the project reached completion, and the genetic engineering field grew quickly.

Uncovering the human genome was a tremendous step forward for science, but the discovery created a series of new concerns.

Researchers have been able to use the information from the Human Genome Project to develop the new science of pharmacogentics, the study of how an individual’s genes affect his or her body’s ability to metabolize or react to a drug. The study of pharmacogentics aims to eliminate adverse drug events (ADE) and side effects by tailoring drugs specific to a patient’s genome. While the new personalized medications can eliminate side effects, the use of genetic information to create medicine contributes to the rising cost of drugs, and shifts attention away from designing affordable drugs available for mass production.

The creation of designer babies is another critical bioethical issue for geneticists. Designer babies are children enhanced through gene manipulation to meet certain mental, physical, and emotional demands of parents. The technology does not yet exist to manipulate the entire genome of a fetus, but research continues along this path.

Stem cells are the core of much biotechnical research. Because the stem cell lines can grow into any human tissue, they are invaluable for research into medicines and medical treatments, without putting people at risk. Eventually, scientists believe that stem cells may be used to grow new organs and reverse paralysis.

Almost all stem cells are the result of embryos fertilized in vitro and placed in frozen storage. Couples choose to use the embryos for implantation, though only a fraction of the embryos are ever implanted. As the cost of storage grows, couples must decide to destroy the embryo or donate them.

The use of stem cells, especially in the United States, is one of the most controversial issues in biotechnology. Supporters argue the embryos used to generate stem cell lines were going to be destroyed, and using them for research has the capacity to save untold numbers of lives. Opponents believe creating new lines from embryonic stem cells is akin to abortion, and the destruction of any embryo for research purposes is an ethical violation. Both sides have come to a partial agreement on the use of adult stem cells over embryonic cells, but the adult cells offer far fewer options and less promising research.

As medical and biotechnology grow, so do the pressures for companies to bring new products to the market. The FDA’s new drug pipeline is clogged with thousands of drugs making their way toward approval, though only about 12 percent will ever see mass production. The approval process can take up to 10 years, and the financial stress of seeking FDA approval is too much for many companies.

One of the biggest problems with the FDA approval process is the amount of time that drugs must spend in human clinical trials. Estimates show that a new drug can spend as long as seven years in human trials. Even when the drug completes the trial, it may not receive FDA approval.

Pharmaceutical companies are calling on the FDA to speed up the clinical trial portion of the approval process, greatly reducing the time spent in the drug pipeline and increasing the profits to be made. Reducing the approval time is a double-edged sword. Medications that work will begin helping patients much sooner, but rushing through the process removes safeguards put in place to keep the public safe.

A growing global population, concerns about diminished drinking water reserves, and a need to keep food affordable all prompted biotechnology engineers to expand the availability of genetically modified organisms (GMOs) in the food supply. The GMOs are cheaper to produce and heartier than unmodified food, allowing farmers to meet global food needs and maintain profits.

The backlash against GMOs has been strong, and grows every day. Opponents of GMOs claim the organisms actually put the entire food supply at risk through the homogenization of plant life and the death of biodiversity. They also argue that insects and plant-destroying bacteria or diseases will continue to evolve with the GMOs, resulting in superpests and superdiseases that are untreatable by modern methods. Finally, doctors argue that GMOs include antibiotics that make their way into the human body. Overconsumption of antibiotics is harmful, because those drugs lose their ability to fight off disease.

Developments in new drugs, instruments that improve the quality of life, and extend life expectancy to new highs are all lofty goals, but they come at a significant price. The cost of health care in the United States continues to grow, largely because of innovative medical treatments and drug options. Every year more families go bankrupt trying to pay for treatments made available through biotechnology, and there seems to be little sign of lower prices in the future.

The newest designer drugs will cost patients tens of thousands, if not hundreds of thousands of dollars a year. Biotechnology engineers and companies must find a way to address cost issues and make new advancements more affordable for the average consumer; otherwise, biotechnology will create a two-tiered society: those who can afford the medical treatments needed to live, and those who cannot.

Ethical concerns of biotechnology engineering have a broad impact, influencing a number of differing careers and industries. For example, moving forward it will be essential for entrepreneurs and biotechnology companies understand the ethical and legal implications within this field so that they make well-educated decisions while still remaining innovative. The health and pharmaceutical industries are also influenced by these concerns, particularly in regards to GMO foods and human testing. Individuals and companies within these industries will greatly benefit from understanding the potential legal implications of their decisions as one wrong decision could result in a series of expensive lawsuits.

Ethics in biotechnology will always be a hot-button issue, and one the industry must take the time to discuss. Failure to do so may result in the defunding of critical projects and social backlash against important research.